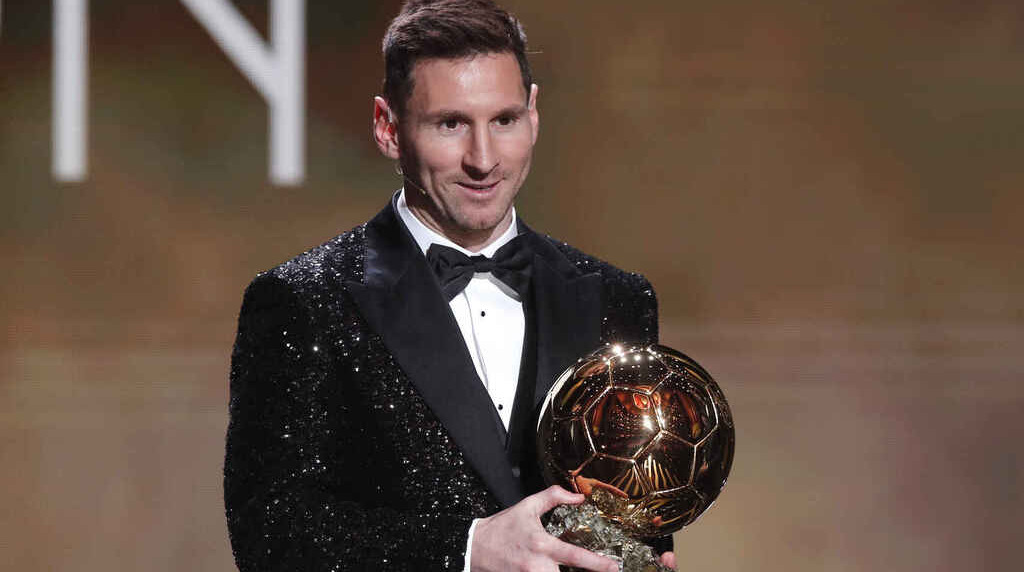 Havana, November 30 (RHC)-- Argentinean Lionel Messi admitted his joy at winning the Ballon d'Or for the best footballer of the 2020-2021 season and expressed his ambition to continue playing for a longer period of time to conquer new awards.

"I am very happy and very excited, eager to continue fighting for new challenges.  I don't know how long I have left, but I hope a lot, because I love this," he said after collecting the award at the Chatelet theater.

The star of the Albiceleste national team, champion of the Copa America Brazil 2021, received the distinction ahead of Poland's Robert Lewandowski and Brazilian-born Italian Jorge Luiz Frello "Jorginho", who won the European Championship and the Champions League.

He also thanked his Barcelona and PSG teammates for the award, and especially the coaching staff and teammates of the Argentine squad. "Other times I won this award and I always had the feeling that I was missing something, that I had a thorn in my side, and this year I was able to achieve the dream I wanted so much after having fought and stumbled a lot. This award is largely due to what we did in the Copa América," he stressed.

Messi had a special mention for Lewandowski, Bundesliga champion with Bayern Munich and current Golden Shoe winner, who finished second in the voting and also lifted the Goal Scorer of the Year award. "I want to say to Robert that it's an honor for me to fight with him. You deserve your Ballon d'Or. Last year everyone agreed that you were the winner. I think France Football should give you your Ballon d'Or and have it as you deserved it. Hopefully France Football can award it to you and have it in your house, because you were a fair winner. You have to have it at home," he said.

Spain's Alexia Putellas, Barcelona midfielder, won the third women's Ballon d'Or, ahead of teammate Jenni Hermoso and Chelsea's Australian Sam Kerr. Her victory crowns an exceptional season, in which as captain she led Barça to a historic Champions League-Cup treble, and scored a goal in the final of the major European competition against Chelsea (4-0).

Barcelona midfielder Pedro González López "Pedri" won the Kopa trophy, the Golden Ball for the best U-21 player, at the age of 19. Pedri was rewarded for a magnificent season with Barcelona, in which he won the King's Cup and reached the semifinals of the European Championship with the Spanish national team and won silver at the Tokyo Olympic Games.