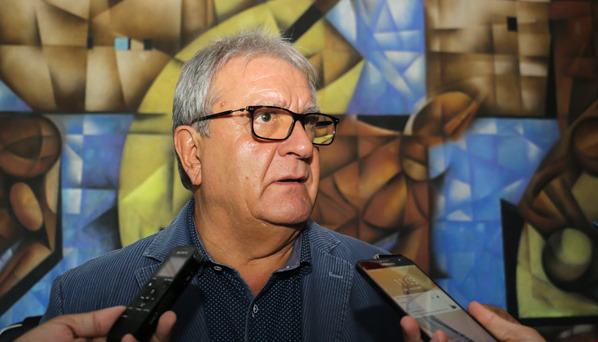 Havana, January 14 (RHC)-- Italian Riccardo Fraccari, president of the World Baseball-Softball Confederation (WBSC), said upon his arrival Havana that the purpose of the visit is to analyze with sports authorities how to help the development of both sports.   He added that baseball in Cuba needs innovation, although everyone knows of its enormous potential, but projects in the training of athletes are urgently needed.

"With Cuba I have a close legacy, but I believe that at this moment its structure must be revitalized a little, because it is the first time that it does not participate in the Olympic Games and this cannot happen because Cuba is baseball," said the Italian leader.

Fraccari emphasized the need to work for the return of Cuban baseball to the brilliance that characterizes it, especially with the young potential it has.

Commenting on his connection with baseball on the island, he said he felt proud because he was the first foreign umpire to participate in the national series and he did it here in Havana with the Industriales team.

He recalled how Armandito "El Tintorero" used to whistle at him from the stands... "I keep it in my heart because my sports life is closely linked to Cuba," he said.

The WBSC president and the delegation accompanying him were received at the José Martí International Airport by the head of the Cuban Olympic Committee, Roberto León Richards; the first vice president of INDER, Raúl Fornés Valenciano; the national commissioner of baseball and softball, Juan Reinaldo Pérez Pardo; and Gisleydi Sosa, director of international relations of the sports organization.

During his stay, which will end next Tuesday, Fraccari will hold working meetings with INDER leaders and will participate in the activities for the 60th anniversary of the inauguration of the First National Baseball Series.