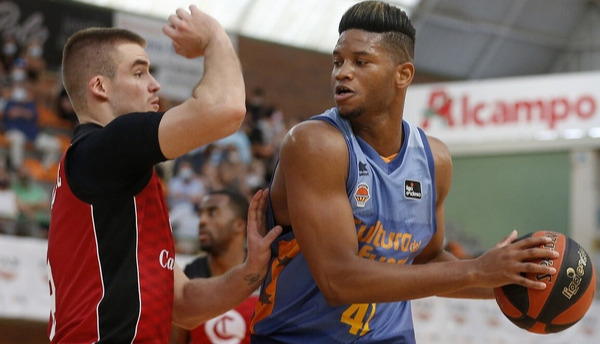 After playing in the previous edition with Hereda San Pablo Burgos, the Cuban could now do it with his new club Valencia Basket, which is in the top eight of the Endesa League.

The Taronjas are in fifth place with a record of nine wins and six losses, so they are still in with a chance of qualifying with three games left to complete the 18 games of the first round.

The traditional tournament, which this time will be hosted by the city of Granada from February 12 to 20, is reserved for the top eight in the standings after completing half of the regular schedule.

Rivero and his teammates will have to win at least one of the three matches against Barcelona (11-3), Lenovo Tenerife (8-6) and Gran Canaria (7-8) to aspire to reach the quarterfinals.

The first game against Barcelona will take place next Sunday, November 16 at the Fuente de San Luis Pavilion (known as La Fonteta), where they will try to beat the Catalans again as they did last November 14 when they won 87-72 at the Palacio Blaugrana.

There, the Havana-born power forward was the top scorer of the winners with 18 points and grabbed seven rebounds. He was also the highest valuation with 25 credits and that was enough to be chosen as the best Latin American player of the day 10.

The games against Gran Canaria and Lenovo Tenerife were postponed for the 22nd and 30th, due to the outbreak of covid-19 infection that the two Canarian teams experienced at the beginning of this month.

They have not yet played against those teams in this competition, but they lost 89-90 to Gran Canaria in a challenge corresponding to group B of the Eurocup, despite Rivero's 16 points.

The West Indian scored 12 points in the 76-87 loss to Tenerife in the quarterfinals of the Madrid 2021 edition, when the Castilians had their first-ever participation.