Tension in Tata Steel chess tournament near the end 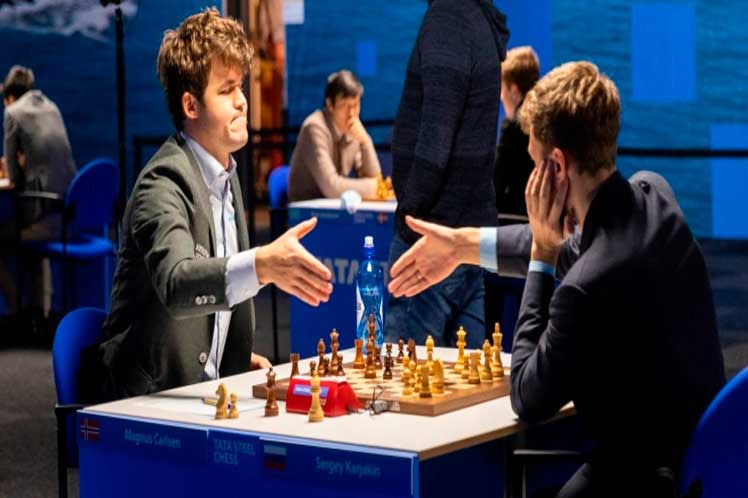 Tension in Tata Steel chess tournament near the end

Havana, January 28 (RHC)-- A few days before the end of the prestigious Tata Steel chess tournament, tension is growing after the results of the tenth round, where leader Magnus Carlsen tied against Russia's Sergey Karjakin.

The Norwegian world champion added only half a point to his tally on Wednesday and although he still leads alone with seven points, he saw his lead at the top cut.

Fortunately for the Nordic prodigy, his closest challenger, the local Anish Gari (6.5) ended his streak of four consecutive victories when he drew with his compatriot Jorden van Foreest (4.5) and could not catch him in the first place.

However, the Hungarian Richárd Rapport (6) did manage to win over the American Fabiano Caruana (5) and came within one success of the leader of the competition.

At the same distance is Azerbaijan's Shakhriyar Mamedyarov (6) after signing another armistice with American Sam Shankland (3.5), who is no longer in with a chance of winning the crown.

For his part, Nils Grandelius achieved his first smile of the championship and now has just two points in the basement of the table.

One step ahead of the Swede is India's Rameshbabu Praggnanandhaa (2.5), after beating his compatriot Vidit Gujrathi (5.5), one of the leaders of the tournament during the first week of action.

This Friday will take place the eleventh and antepenultimate day of the International Chess Federation category XX, in which Carlsen will face a difficult opponent as Gujrathi, who needs a victory to continue aspiring to the title.