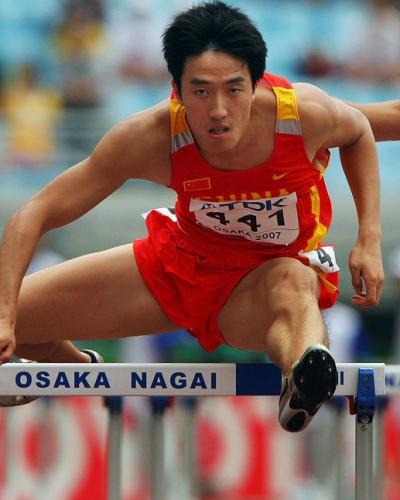 Famous Chinese Hurdler to Say Farewell to Competition in Shanghai

Chinese 100 meters hurdler Liu Xiang -gold medalist in 2004 Olympic Games in Athens, Greece- will say farewell to active competition during the event of the Diamond League on May 17 in Shanghai, said organizers of the event on Tuesday.

The 100 meter hurdle event will also include Chinese Xie Wenjun, a man who is considered Liu Xiang's successor.

Liu Xiang was the first Chinese athlete to win a gold medal in the track and field events in Olympic Games, and announced his retirement from active competition on April 7, at the age of 31, because of the effects of many injuries, which stopped him from continuing to win in Athens and the World Championship in 2007.

After 19 years of competition, Lui Xiang will say good-bye to competition in his native city of Shanghai, where he became champion of the Diamond League four times.

After he won in Athens, Xiang was able to set a world record of 12.88 seconds in the 100 meters hurdle in the Grand Prix in Laussane, Switzerland, in 2006. After that, he won the World Championship in Osaka, Japan, in 2007.

Those victories made him the first hurdler to take the Olympic, World Championship titles, and the world record at the same time.

One of his most tragic performances was at the Olympics in Beijing, in 2008, a race won by Cuban Dayron Robles. At that time, Liu had to pull out of competition with an injured Achilles tendon, before thousands of fans who cheered and wished him well.

The World Championship of Boxing, from October 5 to 18 in Qatar, will bring together 260 contestants; including 50 from the qualifying tournament of the American continent.

The competition for this region will take place from May 15 to 22 in Puerto La Cruz, Venezuela, and will grant five places for each of the 10 divisions, according to the international association.

The sports institution will also grant other 90 places to Europe, 66 to Asia, 30 to Africa, 18 to Oceania and six to a system of "wild card" seeking to ensure the level of the contest that will be a qualifier for the Olympic Games in Rio de Janeiro 2016.

Cuba aims to guarantee participation in all categories and win the title they have not won since Mianyang, China in 2005.