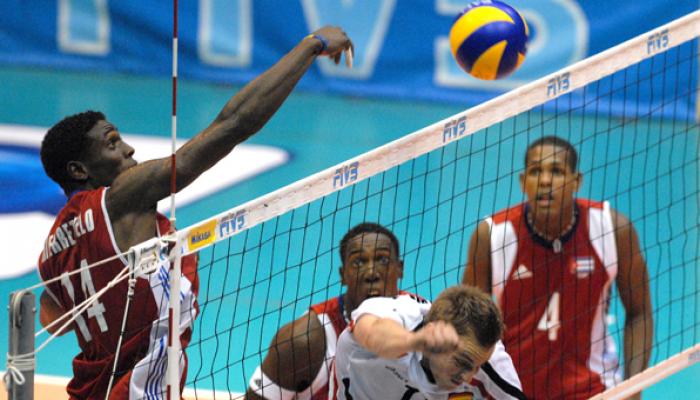 Havana,24 jul (RHC) The Cuban sextet took fifth place in the men's volleyball tournament in the Pan American Games yesterday after beating the United States team by three sets to 1.

Rolando Cepeda with 24 points and Javier Jimenez with 18 units commanded the Cuban offense, which closes with a favorable record of three victories and two defeats in the men's volleyball competition in Toronto.

Cuba debuted with a loss to Argentina, even after beating Brazil and Colombia and fall in the quarter- final against Puerto Rico, in a match where they dominated the first two sets.