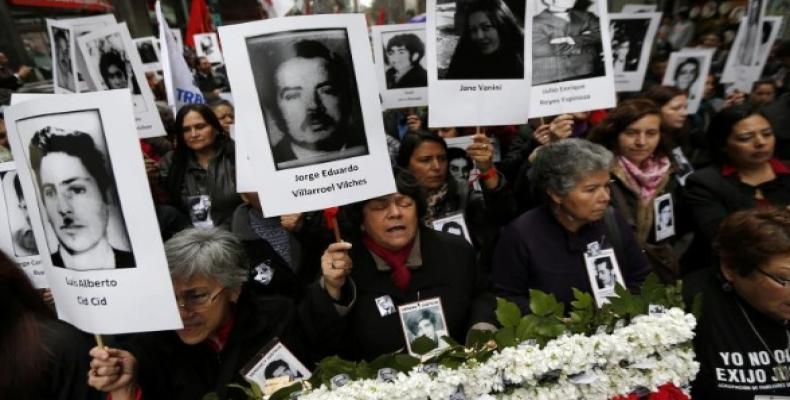 Santiago de Chile, July 28 (RHC)-- A court in Chile has increased the sentences of two retired intelligence officials for their involvement in the extrajudicial killings in 1973 of U.S. citizens Charles Horman and Frank Teruggi, just after the coup against President Salvador Allende, led by U.S. ally General Augusto Pinochet.

Now, Espinoza Bravo, who is 82 years old, has been sentenced to 15 years in prison as intellectual author of the two murders, while Berdugo Gonzalez was sentenced to three years with the benefit of probation because he was only found guilty of being an accomplice to Horman's execution.

The two U.S. citizens were executed at the national football stadium in the Chilean capital of Santiago, according to a national truth commission formed after the Pinochet dictatorship ended in 1990.

Horman, then 31, was a journalist and filmmaker who was arrested on September 17 and executed the next day.  After his disappearance, his wife and father started a desperate search that inspired Constantin Costa-Gavras' 1982 film "Missing."

Teruggi was a 24-year-old university student and was executed on September 22, according to the commission.  Both were supporters of President Salvador Allende.

But the case still has a loose end, the involvement of the U.S. government and the CIA, which according to Horman’s family may have been responsible for the murder under the cover of national security.  In 2012, a Chilean judge ordered an extradition request against U.S. Navy Capt. Ray E. Davis, in connection with the deaths of Horman and Teruggi.

Davis was head of Washington’s military mission in Chile at the time of the coup.  Chilean authorities had long believed he was living in Florida, but later it was revealed that he had been secretly living in Chile all along, where he died in 2013 without ever facing trial.