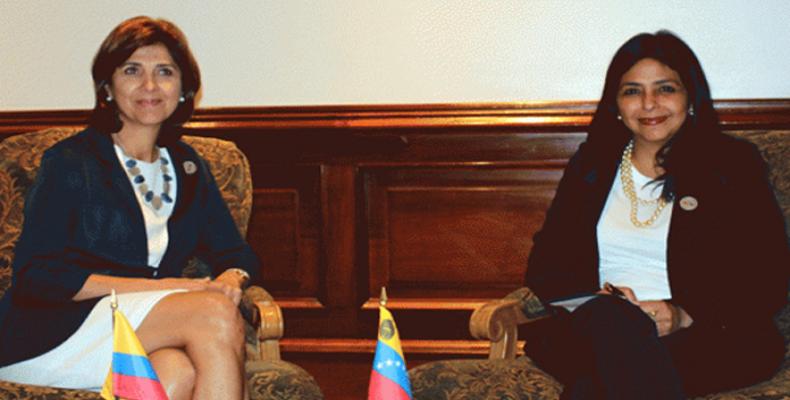 During the high-level meeting, which was held in the Venezuelan capital city of Caracas, the two leaders primarily addressed border issues stemming from the August 2015 decision by Venezuelan authorities to close the border in efforts to prevent illegal smuggling in and out of the country.

However, in recent weeks, Colombian and Venezuelan authorities have been negotiating security measures that would allow the permanent reopening of the border. Leading up to Thursday’s meeting, the Colombian Foreign Ministry issued a communique expressing optimism with regard to the possibility of reopening the border between the two countries.

The statement went on to add that both nations must examine ways to cooperate effectively in order genuinely ensure the maximum welfare for their respective populations and domestic economies.

The 1,400 mile shared border was closed in progressive stages by the Venezuelan government in August 2015. Venezuelan officials have alleged that organized crime groups are largely in control of smuggling operations, with proceeds going to further fund criminal activity.