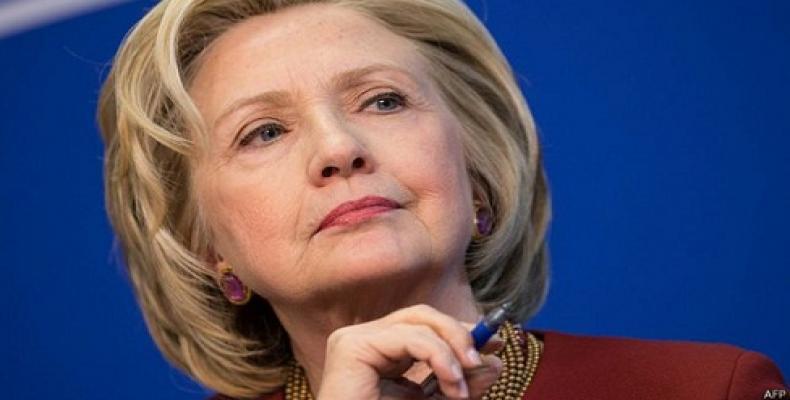 Washington, August 25 (RHC)-- U.S. weapon manufacturers have made bigger contributions to the campaign of Democratic presidential nominee Hillary Clinton, a major turnaround after years of backing the Republican ticket.

According to a report by Politico, Hillary Clinton has received more donations from high-ranking employees of giant Pentagon contractors like Lockheed Martin and General Dynamics, outperforming her GOP rival Donald Trump by a 5-to-1 ratio.

Filings with the Federal Election Committee show that Trump’s campaign has banked nearly $55,000 in contributions from executives of the 25 major defense contractors, compared to $273,000 given to Clinton.

This marks a significant break from the years-old habit of supporting the Republican candidate. In fact, the arms industry has teamed with Republican congressional and presidential candidates in eight of the past 10 election cycles.  In the 2012 election cycle, for example, then-Republican nominee Mitt Romney received far more support from military contractors, compared to President Barack Obama.

Analysts attribute the change to Trump's stance on national security, including his criticism of NATO and other military allies.  The real estate mogul said in late July that if he is elected president, the U.S. would only aid the allies who have “fulfilled their obligations to us.”

The New York businessman has also blasted military contractors for the way they influence government spending.  Clinton, however, made a reputation for having good relations with military contractors during her run in the U.S. Senate, where she served on the Armed Services Committee.

One Republican defense lobbyist told Politico that the arms manufacturing “community is just much more comfortable with Clinton.”  The lobbyist said: “With Hillary Clinton we have some sense of where she would go, and with Trump we have none.”  And he added: “Trump knows nothing about the system.”