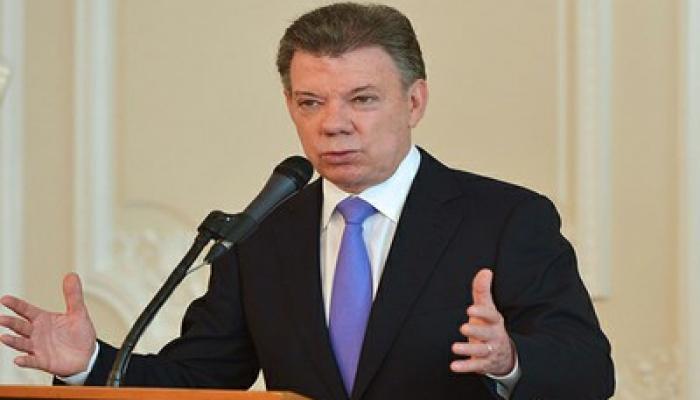 Bogota, September 1 (RHC)-- Colombian President Juan Manuel Santos has unveiled the text of the plebiscite question that will ask Colombians on October 2nd to approve the peace deal between the government and rebels, ending more than 50 years of civil war in the South American country.

he ballot will ask voters a single question: “Do you support the final accord for the end of the conflict and the construction of stable and lasting peace?”

Santos signed the decree on Tuesday, locking in October 2nd as the date for the vote after the timeline was announced last Wednesday in Havana, Cuba, when the FARC-EP rebels and government negotiators unveiled the final deal.

The plebiscite is aimed at giving democratic legitimacy to the peace deal between the government and the Revolutionary Armed Forces of Colombia, fighting state forces from armed mountain and jungle camps for the past 52 years.

A minimum of 4.5 million votes, or 13 percent of the total electorate is required to seal the win for the “Yes” or “No” vote.  Whichever option gets the highest percentage above the 13 percent wins the plebiscite.

If a “Yes” vote wins, ratifying the peace deal, a package of legislative reforms will move through the Congress, paving the way for full implementation of the agreements reached over nearly four years of negotiations in Havana.