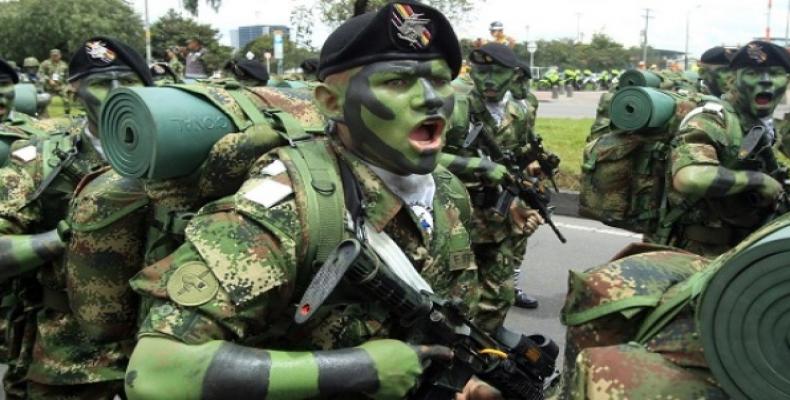 Washington, September 1 (RHC)-- The U.S. military has increased its presence in Latin America in recent years and tripled its budget for training the region's armed forces, according to a new report.  The Washington Office on Latin America, WOLA, published an investigation, based on documents from the U.S. State Department, detailing the stepped-up work of U.S. Special Operation Forces in the region.

According to the documents, the U.S. tripled the budget for Special Operations Forces training missions in Latin America between 2007 and 2014.  The missions are part of a training program called Joint Combined Exchange Training, JCET.  In that seven-year period, the number of missions went from 12 JCETs who trained 560 officers in the region to 36 JCETs training 2,300 officers.

The training budget is now more than $17 billion each year.  By 2015, the U.S. forces carried out missions in 135 out of 196 countries in the world.  These trainings include joint military exercises, teaching Latin American troops combat skills, intelligence gathering and riot control techniques. Meanwhile, the U.S. forces familiarize themselves with the country’s military, terrain, language and culture, according to the documents.

Honduras has the largest number of U.S. missions, with 21, followed by El Salvador, Colombia, the Dominican Republic and Belize.