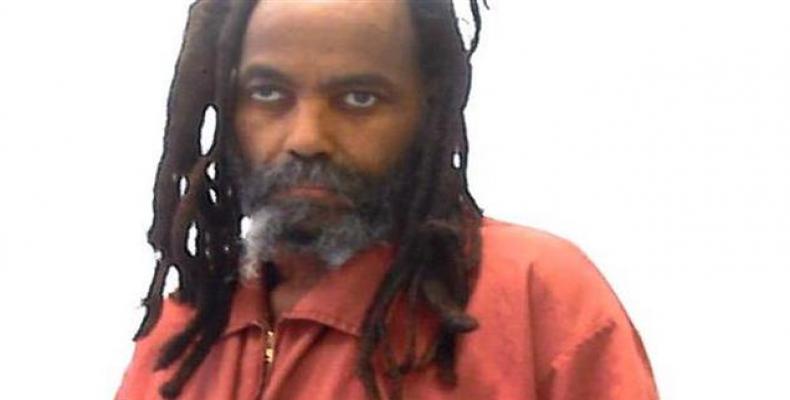 Philadelphia, September 5 (RHC)-- A U.S. federal judge has rejected a request from U.S. political prisoner Mumia Abu-Jamal for life-saving medication that could cure his hepatitis C.

The former Black Panther and journalist is seriously ill and not receiving proper medical care. Last year, he sued the state of Pennsylvania to receive anti-viral medication for hepatitis C after he was hospitalized in critical condition, and officials said he was not sick enough to be eligible.

U.S. District Court Judge Robert Mariani says that Abu-Jamal’s lawsuit wrongly targeted the warden and the medical chief of the prison system.  According to The Guardian, the judge added that the lawsuit instead should have targeted the four members of the state’s hepatitis C committee, which according to the 61-year-old’s lawyers, did not exist when the lawsuit was filed.

Mumia Abu-Jamal’s lawyers described the decision as a partial setback.  “We are frustrated he won’t get the treatment that the rest of the judge’s opinion makes clear he is entitled to,” said Bret Grote of the Abolitionist Law Center.

“But the judge’s ruling makes clear that if what he considers the proper defendants were in front of him, he was prepared to strike down the protocol and order that my client be treated in accord with proper medical standards.”