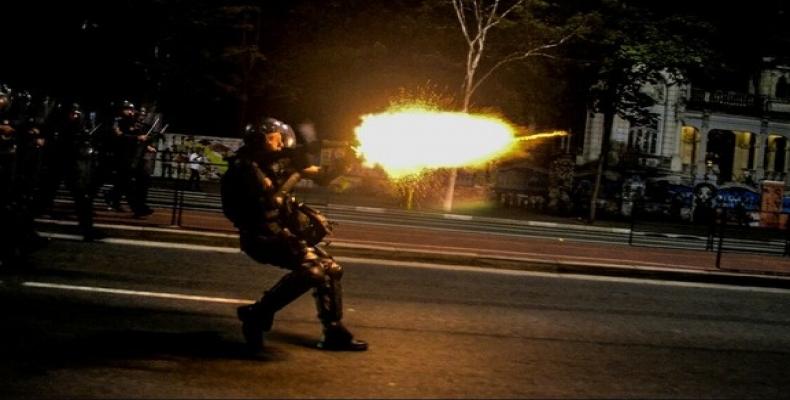 Sao Paulo, September 9 (RHC)-- Thousands of Brazilian demonstrators have held a massive rally to protest against the newly-installed President Michel Temer.  Supporters of former president Dilma Rousseff -- who was ousted in an impeachment supported by Temer -- and others opposing the new government took to the streets in the Brazilian city of Sao Paulo on Thursday to voice their anger.

The protesters, including union members and social activists, chanted anti-Temer slogans and held placards that read “Temer out.”  The protesters also denounced the removal of Rousseff from office.

Earlier this week, Temer was booed at a ceremony in the capital, Brasilia, in his first public appearance since taking office.  Temer had arrived at the heavily-policed ceremony in a closed presidential vehicle instead of the traditional open top Rolls Royce normally used in such ceremonies.

In recent days, Rousseff's supporters have staged several protest rallies urging the new president to step down.  Protests against the new president have been held in Rio de Janeiro, Curitiba, Sao Paulo and other Brazilian cities.