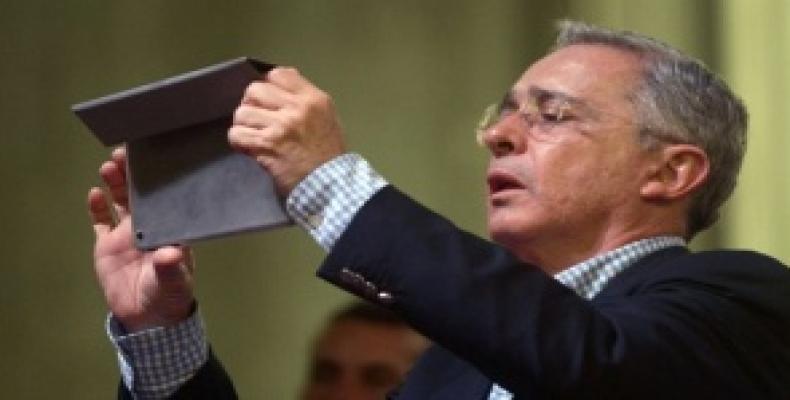 Bogota, September 10 (RHC)-- Former Colombian President Alvaro Uribe has published a letter he sent to U.S. presidential candidates Donald Trump and Hillary Clinton criticizing the peace deal between the Colombian government and the FARC guerrillas, urging them to join him in opposition.

"Today we must appeal to you to express our concerns about what is happening in Colombia due to the so-called Havana agreements," Uribe wrote in the letter. The letter was also signed by the ex-president's allies in his political party, Centro Democratico, the leading force behind the campaign to vote against the agreement in the upcoming national referendum.

The government of President Juan Manuel Santos and the Revolutionary Armed Forces of Colombia People's Army, better known as the FARC, have signed an agreement to push ahead with peace after years of negotiations to end half a century of internal armed conflict.

After more than three years of peace talks in Havana, the peace agreement could bring an end to a conflict that has claimed some 220,000 lives and displaced more than six million people.