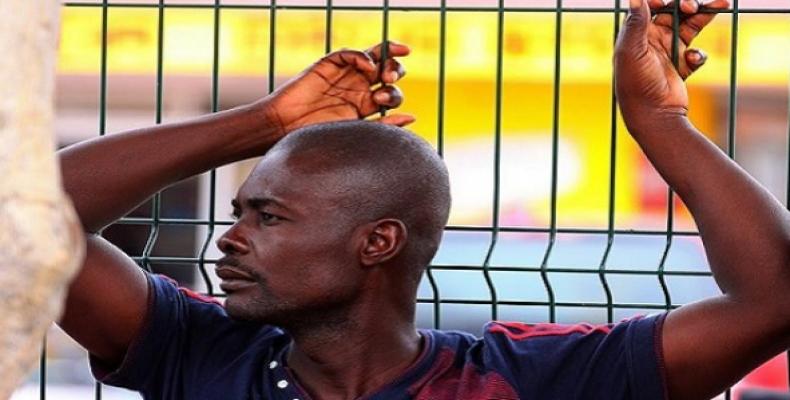 Mexico City, October 5 (RHC)-- Human rights activists and NGOs have demanded that the Mexican government declare a "contingency" plan to provide shelter and food to all the immigrants.  Nearly 500 Haitians immigrants -- mostly women and children -- are stranded and sleeping in open-air refugee camps in the Mexican border city of Tijuana, local press reported Tuesday.

They are waiting to receive humanitarian aid arranged by the Mexican government and international NGOs and represent a fraction of the nearly 8,000 Haitians who have shuttled over the past several months through the shelter in the northern state of Baja California, hoping to apply for asylum in the United States.

Human rights activists and NGOs have demanded that the government declare a "contingency" plan to provide shelter and food to all the immigrants.  But the state’s governor, Francisco Vega de Lamadrid, said that every Haitian refugee in the camp is costing taxpayers in the state nearly $10 per day, none of which is reimbursed by the federal government.

Vega, from the conservative PAN party, said he already met with the Interior Minister to express his concern over this issue and was told that Foreign Minister Claudia Ruiz Massieu will address the situation.

Since last March the National Institute of Migration has been granting transit visas to many Haitians who reach the Mexican southern border with Guatemala.  The permits are granted to prevent another migrant crisis like the one that occurred earlier this year.

However, NGO’s and local authorities say that has only created another crisis 2,5000 miles away, as Haitians who fled to Mexico following the devastating 2010 earthquake in the Caribbean country have been stuck in Mexico ever since, hoping to eventually apply for asylum in the United States.