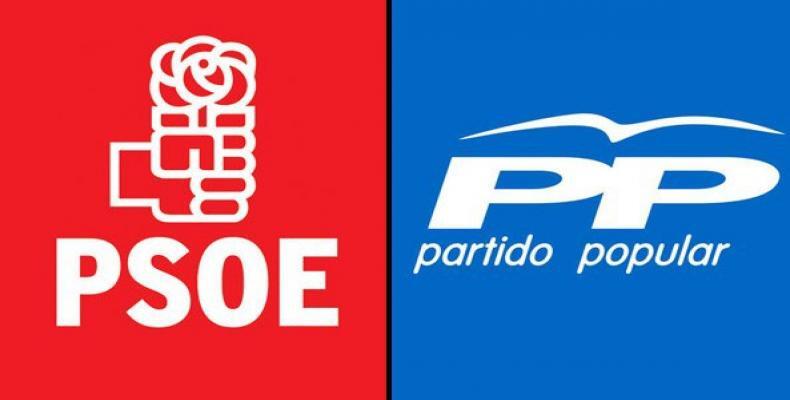 Madrid, October 6 (RHC)-- Following the resignation of Spain's Socialist Party leader, Pedro Sanchez, the party's new leader has said he is willing to form a government with the centrist Ciudadanos and the conservative ruling Popular Party, or PP, to avoid a third election.

Ciudadanos leader Albert Rivera has met with the Socialist Party's interim leader Javier Fernandez, and afterward told reporters that he appealed to him to “put the Spaniards before his party’s political interests."

"Those who have not moved their tab until now must do it, and those who want to be president should go for the investiture," Rivera said to the press after the meeting.

Sanchez refused to back the minority PP-Ciudadanos government under the incumbent Prime Minister Mariano Rajoy. However, an agreement between the Socialist Party, or PSOE, and the right-wing faction is likely to happen especially after Fernandez expressed frustration with the status quo, saying that the PSOE is turning into the left-wing “Podemos.”

With 118 seats in the parliament, the PSOE is the kingmaker in Spain's political system.  Most of the party's members have already expressed their support for the idea of allowing Mariano Rajoy to form a minority government.

With support from Ciudadanos and the small Coalicion Canaria, Rajoy controls 170 congressional seats and needs six more to reach the super-majority.