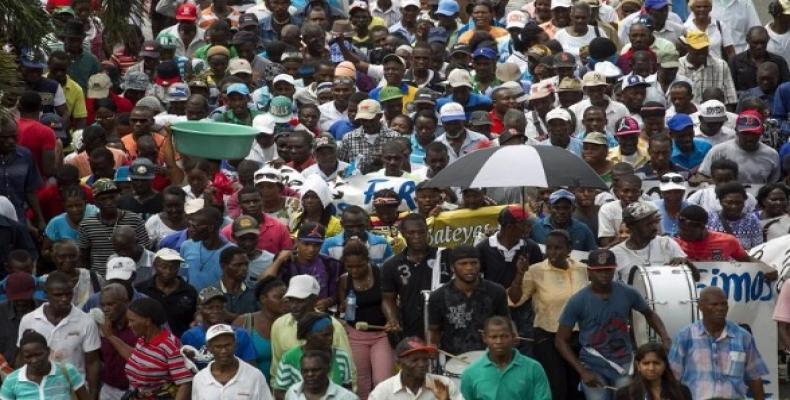 Ban Ki-moon added that around 1.4 million people are in need of aid, while over 300 schools have been rendered unusable and vast amounts of crops and food stocks have been destroyed by the hurricane.  He said: "These numbers and needs are growing as more affected areas are reached" Some towns and villages have been almost wiped off the map."

The death toll is estimated to be around 1,000, but local officials with the central civil protection agency have so far confirmed 336 of the deaths.  Meanwhile, the UN has launched a $120-million appeal for international aid to help the poorest country of the Americas through the next few months.

UN Secretary General Ban Ki-moon spoke with journalists about the situation in Haiti in the aftermath of the devastation caused by Hurricane Matthew the UN in New York.  He said: "I call on the international community to show solidarity and generosity -- and to work together effectively in responding to this emergency."

When Matthew hit Haiti's southern coast on October 4, it was registered as a Category Four storm, with winds of 230 kilometers per hour.  At the time the country was dealing with a cholera outbreak, blamed on UN peacekeepers, which began after an earthquake in 2010.  Since then, hundreds of thousands of people have been infected and over 9,000 have died.

The UN has not legally accepted its role in introducing Cholera into the country, but Ban said the global body has "moral responsibility" to clear it up.