U.S. President-elect Donald Trump to Scrap TPP on Day One 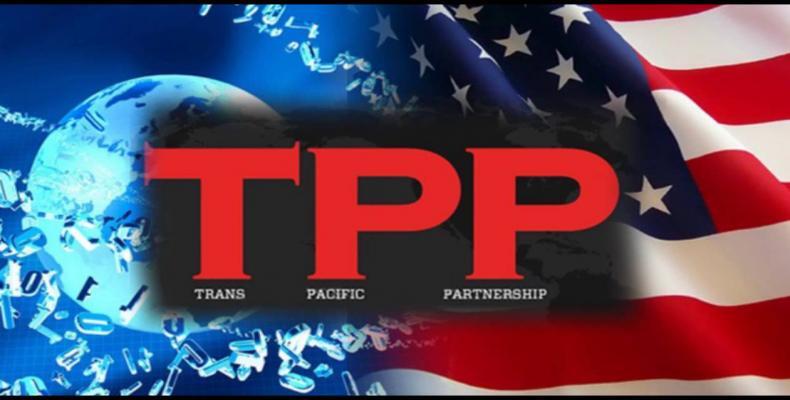 New York, November 22 (RHC)-- U.S. President-elect Donald Trump says he will scrap the Trans-Pacific Partnership on the first day in the White House.  Trump made the remarks in a video posted on his Facebook page Monday, in which he also outlined his key policy platforms ahead of the inauguration of his administration on January 20.

He said he had sought advice about the U.S. role in the world's largest trade deal and that he would negotiate better trade deals after scraping the TPP.  "I've asked my transition team to develop a list of executive actions we can take on day one to restore our laws and bring back our jobs," he said.  "I am going to issue a notification of intent to withdraw from the Trans-Pacific Partnership — a potential disaster for our country... Instead, we will negotiate fair, bilateral trade deals."

During his election campaign, Trump expressed strong opposition to the pact, vowing to scrap the 12-nation trade deal.  The TPP, backed by outgoing U.S. President Barack Obama, is currently in the final stages of discussion at Japan’s parliament to get the necessary ratification and enter into force.