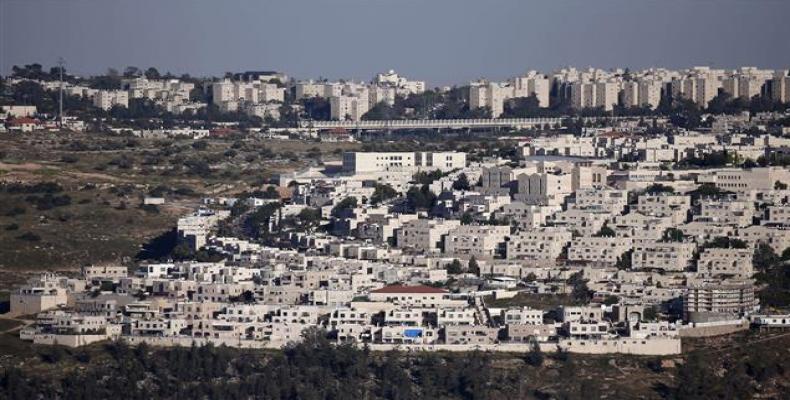 United Nations, December 9 (RHC)-- The United Nations has condemned as "unequivocally illegal" a recent Israeli bill to legalize some 4,000 settler units in the occupied West Bank, saying the move would be in contravention of international law.

In a Thursday statement, UN High Commissioner for Human Rights Zeid Ra'ad Al Hussein called on elements inside the Israeli regime to revise their support for the bill, which would retroactively grant legal status to settler units built on private Palestinian land.

“Israel, as the occupying power, must respect the private property of Palestinians, regardless of whether or not compensation is provided,” Zeid said in a statement, warning that if enacted, the bill would have far-reaching consequences.  Israel has built thousands of illegal settler units for over half a million Israelis in the occupied West Bank.

The international community regards all settlements as illegal. The Tel Aviv regime has, however, continued to expand its illegal construction activities, defying warnings that the move could hamper the so-called Middle East peace talks.

The controversial bill on settler units has already sparked huge anger, even inside the occupied territories. However, members of the Israeli parliament on Wednesday voted to advance the bill.

Zeid said the settlements are “the principal cause of a wide range of human rights violations inside the occupied West Bank, including East Jerusalem.”  He added: “All Israeli settlements -- whether outposts built without formal approval but often with the support of the Israeli authorities ... or settlements approved by Israel -- are clearly and unequivocally illegal under international law and constitute one of the main obstacles to peace.”