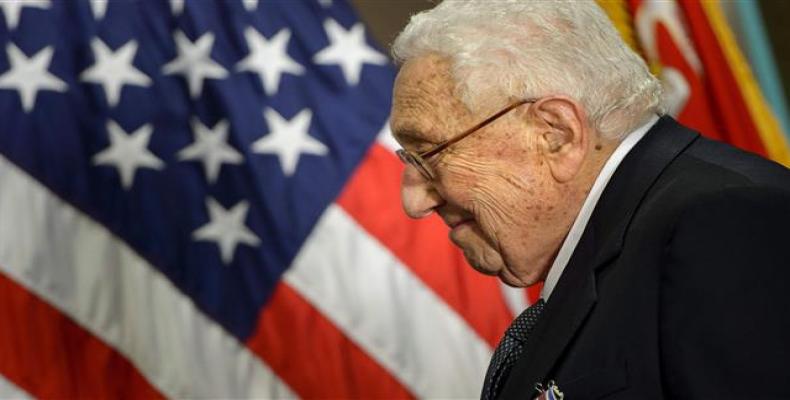 Oslo, December 10 (RHC)-- A petition is asking why Norway is still punishing Edward Snowden for leaking revealing security documents while letting a war criminal scott free.  Thousands are demanding Henry Kissinger’s arrest in Norway after the Nobel Peace Prize Committee announced the former U.S. Secretary of State and war criminal will deliver a speech on peace.

Nobel Peace Prize Watch partnered with progressive group RootsAction to launch a petition Tuesday for the arrest of Kissinger, who “is complicit or a main actor in many violations of the Genocide Convention and of the Geneva Conventions,” says the petition, already signed by over 5,000.

Kissinger himself was awarded the prize in 1973 alongside his Vietnamese counterpart, Le Duc Tho, for negotiating a cease-fire between the countries, which was ultimately ignored by Washington.

Duc Tho rejected the prize, stating that peace had not yet been established, and that the U.S. was in violation of the Paris Peace Accord.  After collecting his own prize, Kissinger continued to bomb the North Vietnamese capital and by the end of 1975 more than three million Vietnamese, two-thirds of them civilians, were dead.