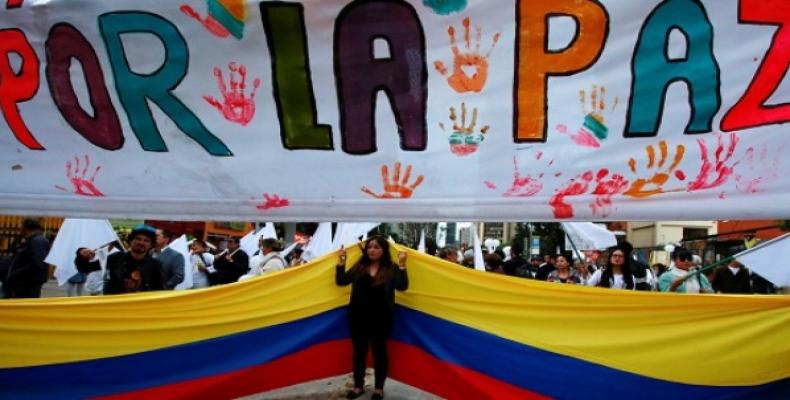 Bogota, December 14 (RHC)-- Colombia's Constitution Court passed Tuesday a much-anticipated "fast track" rule that will allow Congress to carry out a special legislative procedure that will accelerate the implementation of the landmark peace deal between the government and FARC rebels.

The court passed the measure with eight votes in favor and one against after a series of demonstrations and a petition with 50,000 signatures urged judges to rule in favor of fast track.

The ruling will allow Congress to speed up the process of approving key bills needed for the implementation of the peace deal, including a crucial amnesty bill that offers guarantees to FARC rebels as they demobilize.  Rebel leaders have warned that without fast track and the provisions for amnesty for political crimes, their troops would face a vulnerable situation by leaving jungle camps to transition back into society.

Supporters of the peace process argue that fast track is an urgent measure that will help ensure that the process of disarmament of FARC rebels happens promptly and smoothly.

Colombia's Congress ratified the peace deal on Dec. 1, triggering the implementation of the deal, but the issue of whether or not the court would grant Congress fast track to be able to promptly enact key legislation remained a central question.