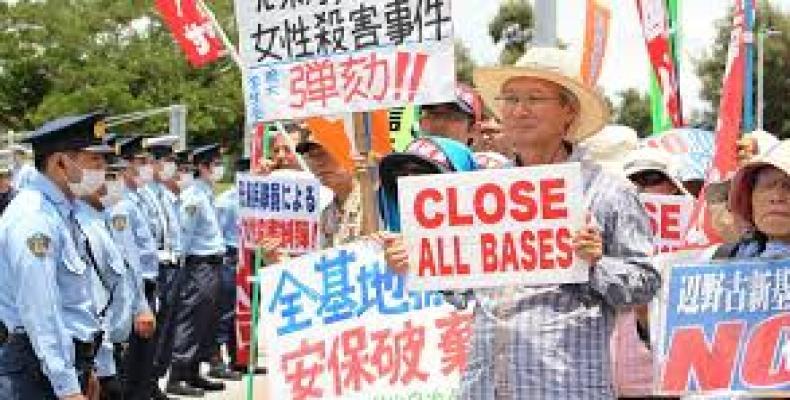 Tokyo, December 22 (RHC)-- Japan’s highest court has ruled against residents of Okinawa fighting the construction of a new U.S. military base on the island.  On Tuesday, the Japanese Supreme Court ruled the governor of Okinawa had violated the law when he rescinded construction permits for the new base.  The ruling clears the way for construction to resume.

For decades, residents have called for the expulsion of U.S. troops from Okinawa, which houses about two-thirds of the 50,000 U.S. troops currently stationed in Japan.