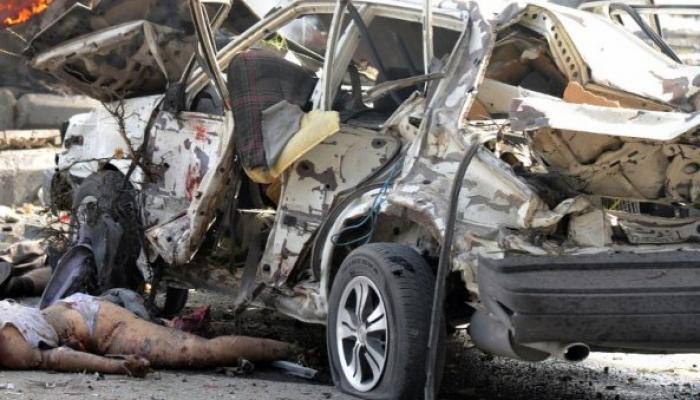 Damascus, January 21 (RHC)-- At least 16 people have been killed in two car bomb attacks in Syria’s Idlib Province near a border post with Turkey.

The so-called Syrian Observatory for Human Rights, which is based in London and relies heavily on a network of mercenaries working for the foreign-backed opposition, said on Monday that six militants were among the casualties from the attacks which also left 20 other people injured.

The UK rights group said that one of the attacks took place inside the Bab al-Hawa border post and the other one hit a checkpoint just outside the crossing. The Bab al-Hawa crossing has been reportedly controlled by insurgents fighting militants from the al-Qaeda-linked Islamic State of Iraq and the Levant (ISIL) in recent weeks.

Elsewhere, in the Christian town of Saidnaya near the capital Damascus, two mortar shells fired by foreign-sponsored mercenaries hit a school and St. Georges Monastery. There has been no immediate report on possible casualties.

Syria has been gripped by deadly unrest since March 2011. According to reports, the Western powers and their regional allies -- especially Qatar, Saudi Arabia, and Turkey -- are supporting the mercenaries operating inside Syria.