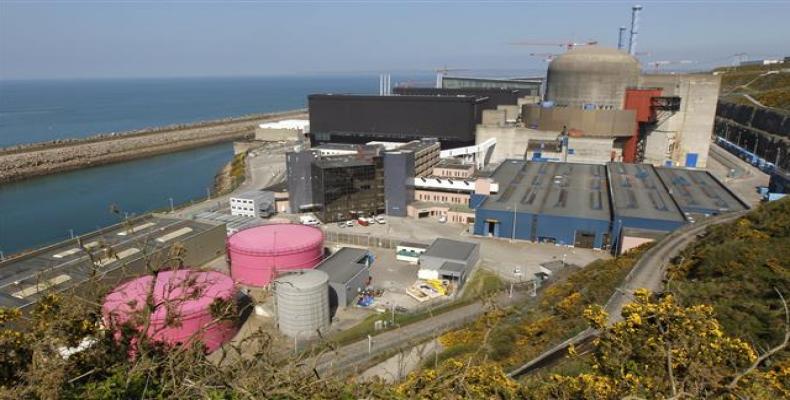 Paris, February 9 (RHC)-- An explosion has occurred at a nuclear facility in western France, with initial reports of possible injuries but no nuclear leak.  French newspaper Ouest France reported the explosion at the utility EDF’s Flamanville nuclear plant in France’s west on its website on Thursday.  Citing local police, the paper said there may be some injuries but no risk of a nuclear leak.

Meanwhile, senior local official Jacques Witkowski said that a ventilator had exploded outside the nuclear zone at the plant, adding that five people suffered smoke inhalation but there were no serious injuries.  "It is not a nuclear accident," Witkowski told AFP.

The Flamanville facility, located in a commune of the same name, was built in the 1980s and has two 1,300-megawatt reactors.  A third reactor is reportedly being built at the site, which will be the world's largest when it goes into operation in late 2018.