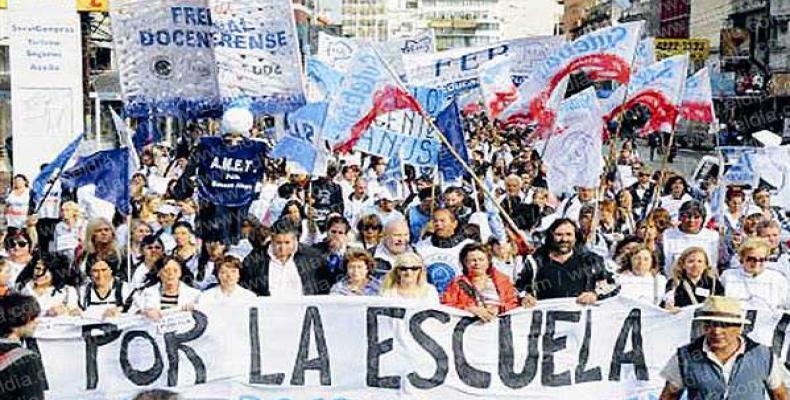 Buenos Aires, March 30 (RHC)-- Thousands of teachers are demanding a fair and necessary pay increase as the government prepares to spend $2 billion on weapons from the United States.

The teachers' unions in Argentina launched a two-day strike on Wednesday against the government of Mauricio Macri, as wage hikes negotiations failed between the teachers and government officials.

This is the fourth strike called by the unions since protest marches began four weeks ago, as teachers demand a 35 percent wage increase to compensate for rising inflation in the country, which is now at 40 percent.

While the right-wing government refuses to adequately open its purse springs for struggling teachers, a recent report shows that money is no object when it comes to investing in the military.  Macri is ready to dole out $2 billion to the United States in exchange for fighter jets, war tanks, medium and long-range missiles, helicopters, and other military hardware.