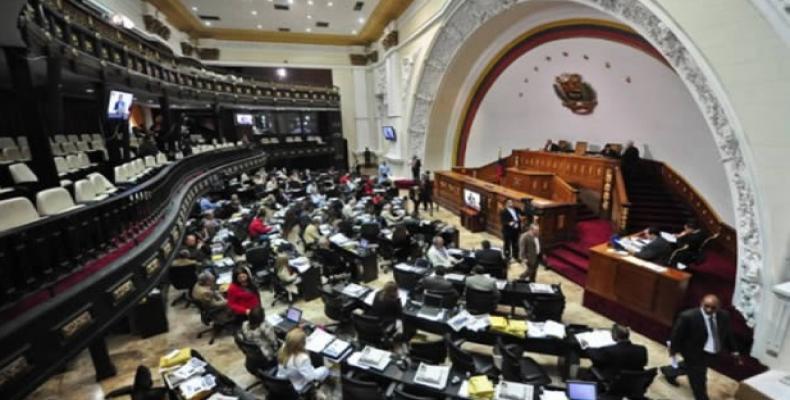 Caracas, march 31 (RHC)-- The Supreme Court of Venezuela issued a ruling Wednesday in a case over a proposed "mixed" enterprise where it reaffirmed that the country's National Assembly is still in contempt of the constitution.

The top court added that while the legislature continues to act outside of the law, the court "ensures the rule of law" and will exercise parliamentary powers where necessary.

"As long as the disrespect and invalidity of the proceedings of the National Assembly persists, this Constitutional Chamber will ensure that the parliamentary powers are exercised directly by this Chamber or by the body it has in place to ensure the rule of law," says the court ruling.

The statement came in a ruling following an appeal filed by the Venezuelan Corporation of Petroleum to Article 33 of the Organic Law of Hydrocarbons, on the creation of joint ventures.

The article stipulates that all joint ventures require prior approval from the National Assembly, the Supreme Court transferred that authority to President Nicolas Maduro to ensure the rule of law.

On Jan. 5, 2016, the court declared the National Assembly in contempt for swearing in three opposition lawmakers whose elections were suspended temporarily for voting irregularities in the Amazon region. Given that it has been operating with non-verified people acting as legislators, the court has said all of the Assembly's actions are illegal.

According to constitutional lawyer Enrique Tineo Suquet, the National Assembly could easily resolve its legal status by requesting the body's originally elected president, Henry Ramos Allup, call for a session to remove the three lawmakers. Tineo Suquet says that despite this, the assembly has decided to remain in contempt.