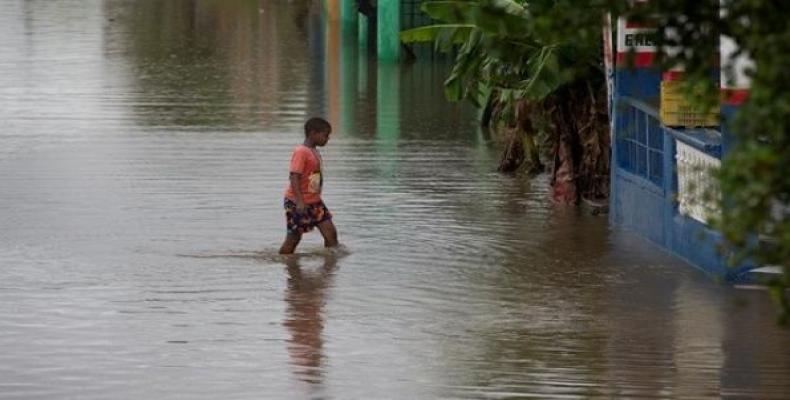 Santo Domingo, April 26 (RHC)-- Nearly 15,000 people have been forced to leave their homes in the Dominican Republic because of heavy rains that have hit the Caribbean island within the past week.  Government authorities have also announced that two people are still reported as disappeared.

Dominican President Danilo Medina visited the southeastern provinces of Barahona and Pedernales on Tuesday in order to evaluate the damages and make sure that “all efforts focused on protecting human lives.”

Close to 3,000 houses in the Dominican Republic have been damaged, Hoy Digital reports.  Twenty five out of 32 provinces of the country have been put under alert — including four on red alert, 11 on yellow alert and 10 on green alert.

Rescue teams have helped 19 people at serious risk thus far.  They are still searching for the two missing people after they disappeared in El Naranjal, in Barahona, as the river overflowed its banks.