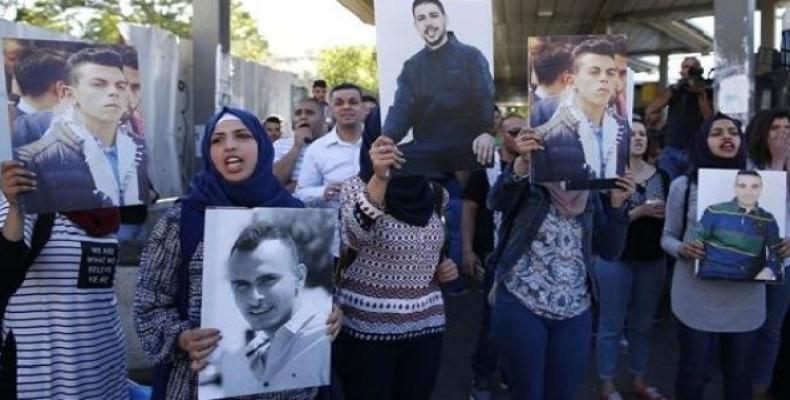 Ramallah, May 3 (RHC)-- A young Palestinian man has become the first victim of the open-ended hunger strike in the occupied West Bank on Monday.  The 30-year-old, identified as Mazan al-Maghrebi, passed away at his home in the city of Ramallah.

Al-Maghrebi died from complications of kidney disease after joining the hunger strike.  According to the Saba news agency, many hunger strikers -- held in the Israeli Ofer prison -- suffer from low blood pressure, severe headaches as well as stomach and joint problems.

Additionally, the Palestinian Ma’an news agency reported that many prisoners on strike have lost as much as 22 pounds from the time they first started the strike.  A recently released former hunger striker, Ayman Bisharat -- who was imprisoned for 16 years -- told Ma'an that the hunger-striking inmates were in high spirits, determined to achieve their goals and have called on the world to support their “heroic” struggle, although their health continues to deteriorate.

Over 1,600 prisoners joined the hunger strike that began on April 17th, marking Palestinian Prisoners' Day.  The strike was originally called, by former Fatah movement leader Marwan Barghouti, to protest conditions in the prisons.

According to Addameer, a Palestinian prisoners' rights group, there are 6,300 Palestinians being held in Israeli jails -- among which, 500 are administrative detainees who have not been charged with or tried for any crimes.

Palestinian prisoners in Israel are often subjected to torture and assault.  They have undergone hunger strikes, time and again, to protest inhumane conditions in the jails as well as the oppressive administrative detentions -- which permit the detainment of prisoners for up to six months without charges.