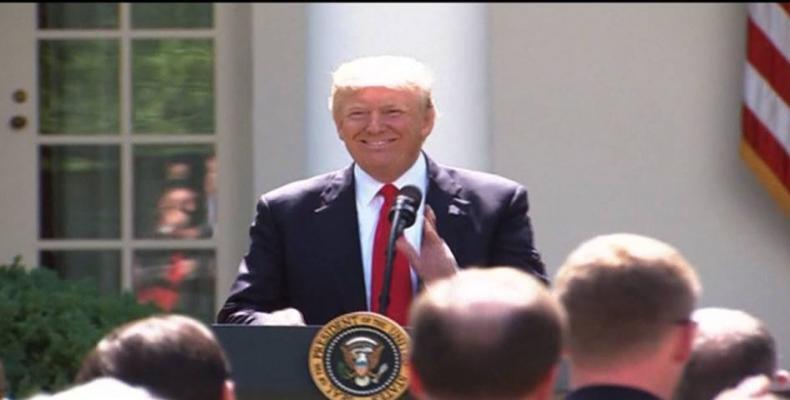 Washington, June 2 (RHC)-- U.S. President Donald Trump has announced that he will withdraw the United States from the landmark Paris climate accord that was signed by nearly 200 nations in 2015.  The accord is considered to be an important agreement of international collaboration to avert imminent climate disaster.

Trump’s decision drew swift condemnation from climate activists and heads of state in every corner of the globe.  A spokesperson for the United Nations secretary-general called it a "major disappointment."  France joined Germany and Italy in issuing a joint statement expressing "regret" and rejecting Trump’s claim he would renegotiate the Paris accord.  India and China joined European leaders in pledging to uphold their end of the deal.

Former U.S. Secretary of State John Kerry, who led his country into the Paris deal, said President Trump could have simply reduced U.S. pledges to reduce carbon emissions, which are voluntary under the Paris Agreement.

And the former president of Ireland, Mary Robinson, said Trump’s decision had turned the United States into "a rogue state."