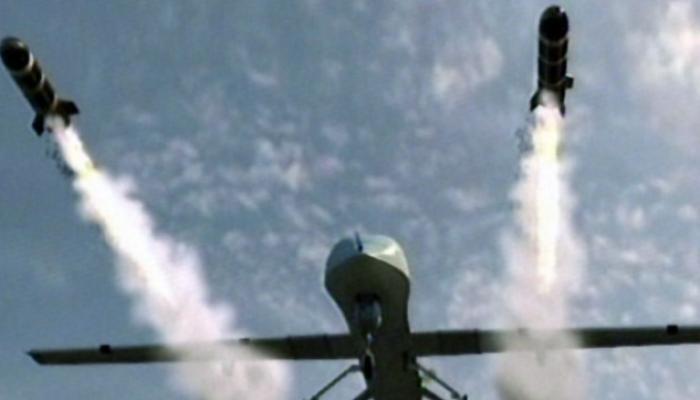 Washington, October 8 (RHC)-- The United States military will use long-range surveillance drones to spy on North Korea by next year, according to an announcement by U.S. government officials

Beginning next spring, the U.S. Air Force will fly several drones near North Korean borders to gather intelligence data on the country with an estimated population of 24 million. The unarmed Global Hawk drones will fly out of an undetermined base in Japan, according to The Washington Post.

U.S. government officials, including Secretary of State John Kerry and Secretary of Defense Chuck Hagel, met with Japanese representatives this week to finalize the military agreement. Both sides hope the surveillance missions will enhance gathering intelligence on the People's Democratic Republic of Korea.

Global Hawk drones are capable of flying at altitudes of more than 60,000 feet (18,300 meters), and are the U.S. Air Force's most advanced surveillance vehicles. The drones also boast impressive aerial endurance and can perform flights that last more than 28 hours.

The planes are equipped with a range of instruments, including infrared sensors and satellite communications systems. The RQ-4 Global Hawk, the biggest drone in the US Air Force fleet, is capable of surveying 40,000 square miles (103,000 square kilometers) of ground in one day.