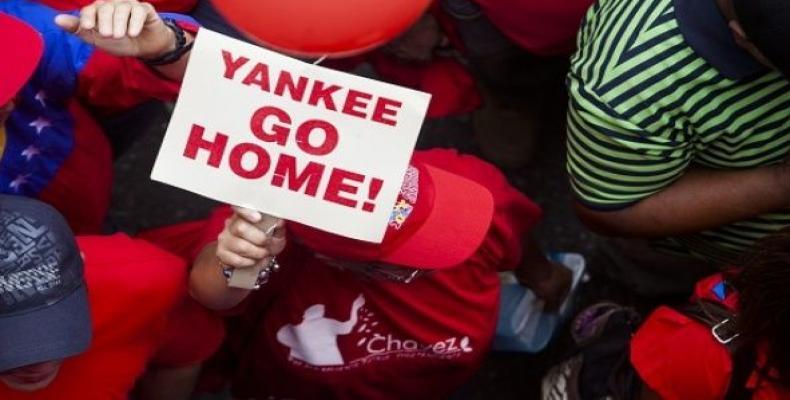 Washington, June 16 (RHC)-- U.S. Secretary of State Rex Tillerson says that Washington is working on what he calls “a very robust list" of individuals in Venezuela to target in expanding U.S. sanctions against the country.

Tillerson said the State Department was working with the Department of Treasury to sanction the South American nation for what he said were human rights violations.  The former ExxonMobil head spoke during a session of the U.S. House Committee on Foreign Affairs.

Tillerson responded to Republican member of Congress Ileana Ros Lehtinen, who asked him to include more "human rights violators" in the sanctions against Venezuela as months of violent protests in the country have left more than 70 people dead.

According to EFE, a source at the Security Council said Washington is considering "a wide range" of possible sanctions against Venezuela, but that no decision had been made yet.  Those would include sanctions against the energy sector and state-run oil company PDVSA, although Trump's administration hasn't confirmed or denied the reports.

Tillerson said Washington will remain very much involved in regional efforts to achieve a solution to the political crisis in Venezuela, especially at the Organization of American States.

Venezuelan authorities have criticized the OAS and its Secretary-General Luis Almagro, accusing him of responding to U.S. interests to destabilize the government of President Nicolas Maduro, adding that the organization has a historical precedent of promoting interventions, coups and invasions in the region.

Venezuelan Foreign Minister Delcy Rodriguez has said that Almagro has repeatedly attacked her country while failing to condemn opposition violence and also turning a blind eye to political and human rights crises in other countries in the region, such as Brazil and Mexico.