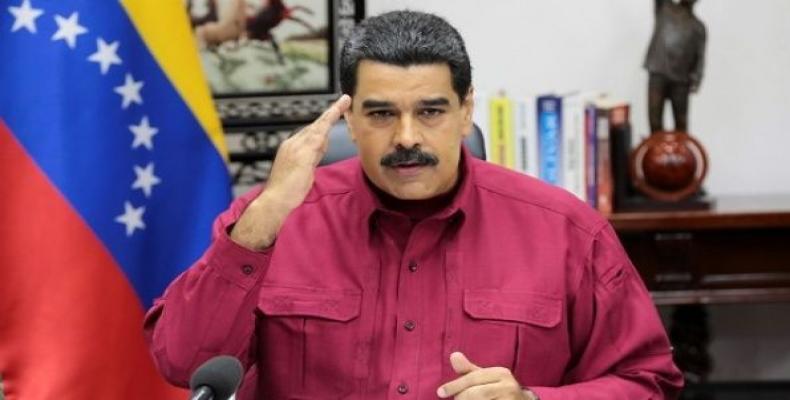 Caracas, June 23 (RHC)-- Venezuelan President Nicolas Maduro reiterated Thursday that the Organization of American States will not stop the country's National Constituent Assembly and called for an end to interventionist maneuvers against his administration.

“Venezuela will not recognize anything that comes out of the OAS,” the president said.  “We will rebel and confront it in any way," adding: "No one from the OAS will enter Venezuela.”

Maduro said that if Luis Almagro steps down as secretary general of the OAS, Venezuela will consider returning to the regional body.  Caracas has repeatedly accused Almagro and the OAS of promoting destabilization and foreign intervention in the South American country.