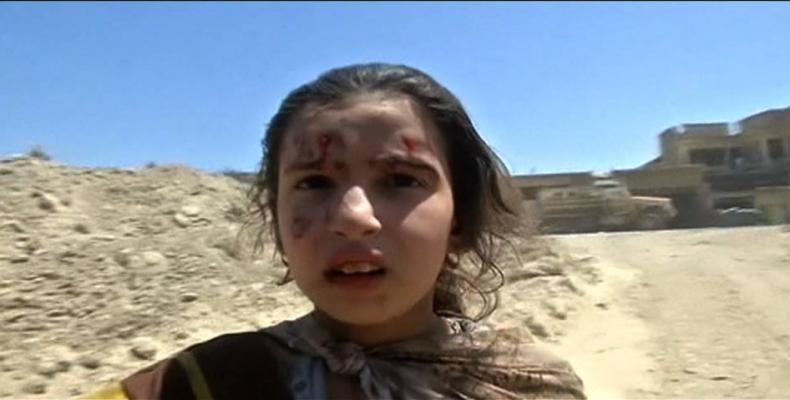 Baghdad, June 27 (RHC)-- In Iraq, U.S.-backed Iraqi forces continue the battle to seize control of the city of Mosul from ISIS.  Residents say at least five members of the same family were killed over the weekend in a U.S.-led coalition airstrike.  Thousands continued to flee Mosul over the past several days.