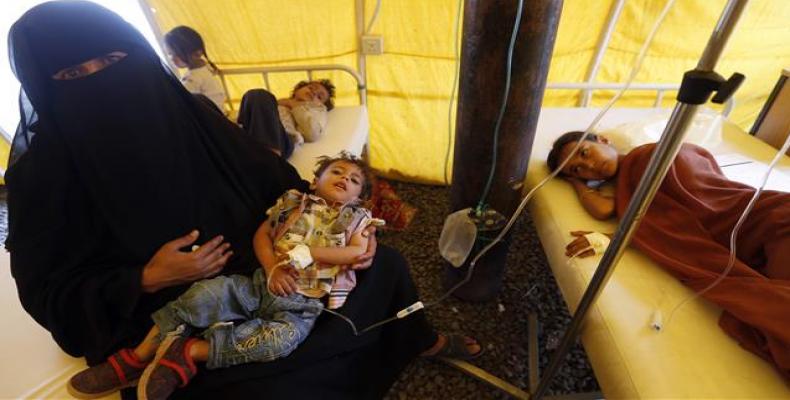 The World Health Organization says more than 200,000 people in Yemen are infected with cholera; 1,300 people have already died—a quarter of them children.

Meanwhile, in more news on Yemen, the American Civil Liberties Union has filed Freedom of Information Act requests for records on U.S. involvement in a secret network of prisons in southern Yemen where dozens of people, including children, have reportedly been forcibly detained, tortured and interrogated.

The Associated Press reports U.S. military officials have participated in interrogations in detention centers where torture is routine and extreme.