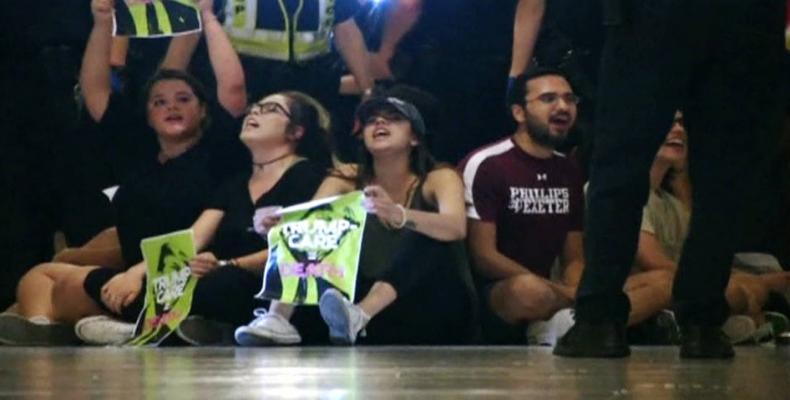 Washington, July 11 (RHC)-- In the U.S. capital of Washington, DC, at least 80 people were arrested in more than a dozen protests at the offices of House and Senate Republicans, where activists demanded the lawmakers oppose the Republican health care plans to repeal and replace the Affordable Care Act.

Activists lay down outside Texas Senator Ted Cruz’s office blocking traffic, while other protesters flooded the offices of Ohio Senator Rob Portman, Tennessee Senator Lamar Alexander and Arizona Senator Jeff Flake, where activists yelled: "You are killing people!" as they were arrested and forced from the building in handcuffs.

If passed, the Republican Senate health care plan could cause 22 million Americans to lose their insurance over the next decade.  CNN reports at least 10 Senate Republicans oppose the health care plan in its current form.  President Donald Trump has heavily backed the effort to repeal and replace the Affordable Care Act.