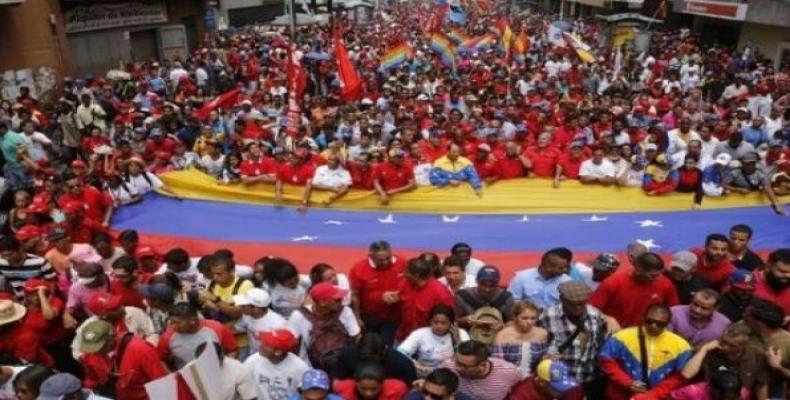 Caracas, July 24 (RHC)-- Venezuelan President Nicolas Maduro affirmed that the main objective of the Constituent Assembly is to guarantee peace, justice and truth, as well as the reconciliation of all Venezuelans.

"We need order, justice, peace, a country that is reunited.  We have a single option and that is the National Constituent Assembly," Maduro said during an interview on the television program "La Hojilla" on the Venezuelan state television channel VTV.

The Venezuelan president urged that "politics be conducted with words, conversation, dialogue," in reference to continued violence by the right-wing opposition.

Meanwhile, Venezuela's former foreign minister, and now a candidate for the National Constituent Assembly, Delcy Rodriguez reiterated that as soon as the body is installed, positive decisions will be taken to bring peace to the country.

Elections for 545 representatives to the body are set for next Sunday, July 30th, and whose universal, free and popular vote is being threatened by U.S. sanctions and opposition violence.