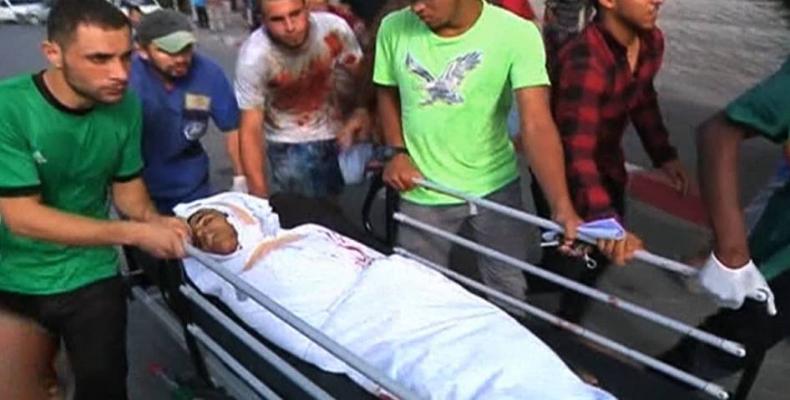 Gaza City, July 31 (RHC)-- In the Gaza Strip, Israeli troops have shot and killed 16-year-old Hussein Abu Hasima amid ongoing protests over Israel’s imposition of security restrictions at the holy al-Aqsa Mosque in Jerusalem.  Electronic Intifada reports he is the 14th Palestinian child to be killed by Israeli troops this year.

This latest killing comes as Gaza’s two million residents are trying to survive a sweltering heat wave with only a few hours of electricity a day.  Over the weekend, temperatures in Gaza soared to about 95 degrees Fahrenheit.  The United Nations recently said Gaza has become unlivable.