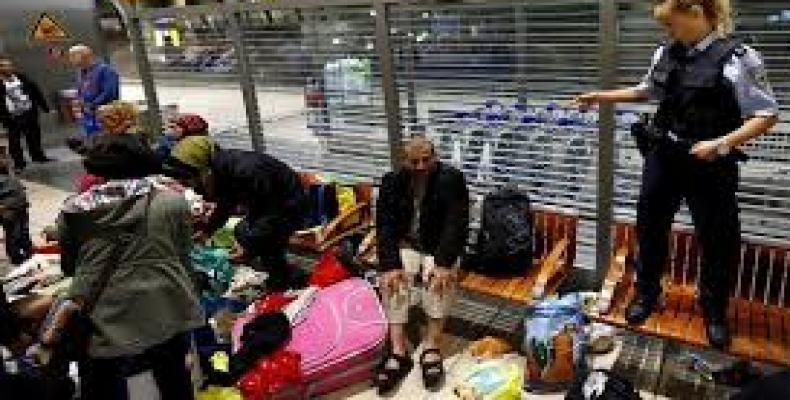 Washington, August 10 (RHC)-- Thousands of Yemenis and citizens of the five other majority-Muslim countries covered by Donald Trump’s travel ban are currently stranded in different parts of the world as the State Department refuses to honor the fact that they won a U.S. government immigration lottery earlier this year.

Many of the thousands who won the right to apply for a green card through the U.S. Diversity Visa program lottery have already sold their homes and cars, left their jobs, and even relocated to Djibouti, Malaysia and other countries in anticipation of their move to the U.S.

Their eligibility to receive green cards under the program will end only three days after the travel ban is slated to expire on September 27, meaning their applications will likely not be processed in time.  Former State Department official Stephen Pattison said: "Taking this away from people who have won it is the cruelest possible thing this administration could do.  It makes us look petty and cruel as a society."