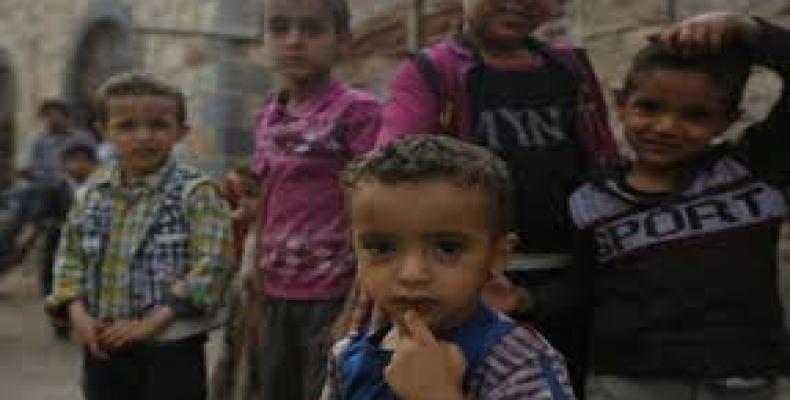 United Nations, August 19 (RHC)-- The United Nations has strongly criticized Saudi Arabia’s military campaign against impoverished Yemen, sounding the alarm about the escalating catastrophic humanitarian situation in the war-torn Arab nation. Stephen O'Brien, the outgoing UN undersecretary general for humanitarian affairs, made the remarks during a briefing on the humanitarian situation in Yemen at the UN Security Council in New York on Friday, warning that the Yemeni people are suffering from a three-fold tragedy.

“Today, millions of people in Yemen are facing a triple tragedy: the specter of famine, the world's largest ever single-year cholera outbreak, and the daily deprivation and injustice of a brutal conflict that the world is allowing to drag on and on,” he said. O'Brien also denounced Saudi Arabia’s aerial and naval blockade on Yemen and called for an immediate lifting of restrictions to allow much-needed humanitarian assistance to the country.

His comments came shortly after UN Special Envoy for Yemen Ismail Ould Cheikh Ahmed called on the international community to seek a political solution to the almost two-and-a-half-year conflict in the crisis-hit country. “Death looms for Yemenis by air, land and sea. Those who survived cholera will continue to suffer the consequences of the 'political cholera' that infects Yemen and continues to obstruct the road towards peace,” the UN envoy told the same Security Council session. Cheikh Ahmed also said the Saudi war had left some 17 million Yemenis hungry, nearly seven million facing famine, and around 16 million almost without access to water or sanitation.

On Monday, the World Health Organization announced that a total of 503,484 cases, suspected to be infected with cholera, and 1,975 deaths, attributable to the outbreak, had been documented since late April. The world body has on several occasions warned about the growing cholera epidemic and a looming famine in Yemen.

The relentless aerial aggression has put well more than half of all health facilities in Yemen in a state of complete or partial shutdown. Furthermore, there are critical shortages in medical staff in over 40 percent of all districts, according to Yemen’s Health Ministry. The U.S. and the UK have been providing the bulk of the military ordnance used by Saudi Arabia in the war. London has licensed 3.3 billion pounds worth of weapons since the beginning of the Saudi war on Yemen.