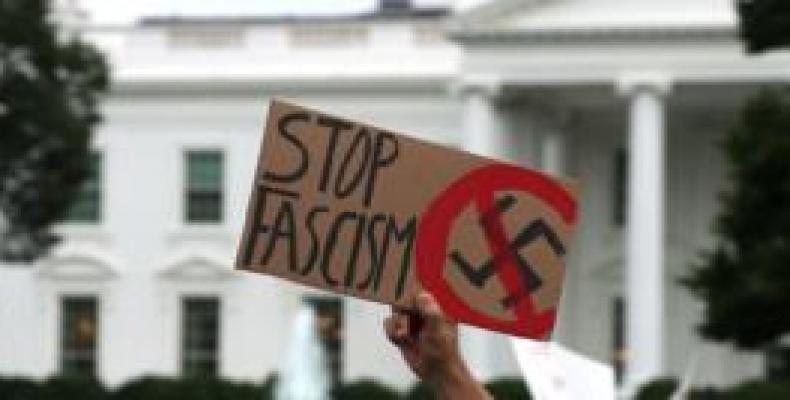 Washington, August 29 (RHC)-- Thousands of people have begun a 112-mile march from Charlottesville, Virginia to Washington D.C. to protest white supremacy and President Donald Trump’s lack of action in the face of blatant violence and racism.  The 10-day “March to Confront White Supremacy” intends to highlight racist violence across the country, with participants walking an average of 17 miles a day, spending the nights in churches along the way.  ”This is the time for us to stand up for justice and equality.  This is the time to confront white supremacy in our government and throughout our history,” the call to action says on the event’s web page.

Among the list of demands, organizers are calling for racist monuments and statues to be dismantled as well as Trump’s removal from office as he has “all(ied) himself with this ideology of hate.”  They also ask that charges be dropped against those arrested protesting the white-supremacy movement.

“For years, white supremacist violence, rhetoric, and policies have escalated and intensified – exploding during Donald Trump’s run for president and reaching a boiling point in Charlottesville, as courageous people of moral conscience stood up to an army of white nationalists, neo-Nazis, and members of the KKK,” organizers stated.  "It's clear that we can no longer wait for Donald Trump or any elected official to face reality and lead. We are coming together to reckon with America’s long history of white supremacy so that we can begin to heal the wounds of our nation."

Human rights organizations such as the Women’s March, the Movement of Black Lives, Color of Change, Indivisible, Repairers of the Breach, and Democracy Spring will be among those joining in the walk.  The decided route will take the activists past a number of the nation’s historical Confederate monuments in Ruckersville, Culpeper, Manassas, Fairfax and Falls Church an online statement said and will conclude on September 6th.

On August 12th in Charlottesville, Virginia, a white supremacist rally led to the murder of Heather Heyer and the injury of many by neo-Nazis and KKK members, who were met with a counter protest of anti-fascist forces.