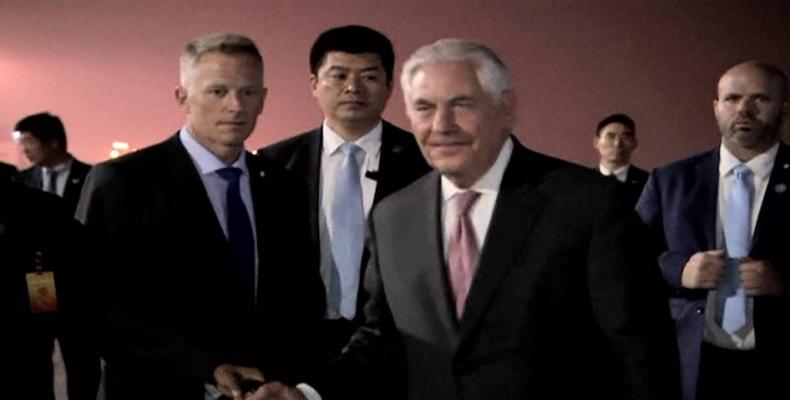 Washington, October 2 (RHC)-- U.S. President Donald Trump on Sunday publicly undermined an effort by the U.S. to open direct talks with North Korea over the country’s nuclear weapons program.  Trump’s comments came a day after Secretary of State Rex Tillerson said from Beijing that the U.S. has two or three channels open to North Korea’s leadership and that he was pursuing dialogue.

Last night, Trump responded to the news, tweeting: "I told Rex Tillerson, our wonderful Secretary of State, that he is wasting his time trying to negotiate with Little Rocket Man... Save your energy Rex, we’ll do what has to be done!"

Donald Trump has previously threatened to unleash "fire and fury" on North Korea and told the U.N. General Assembly he was prepared to destroy the entire nation of North Korea and its 25 million people.