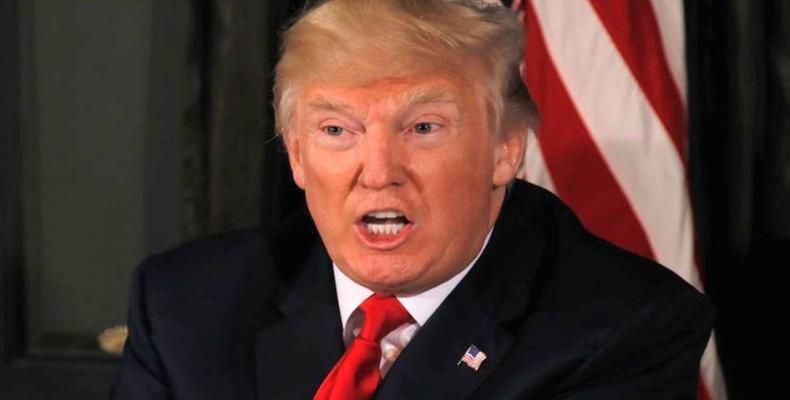 Washington, October 12 (RHC)-- U.S. President Donald Trump suggested again on Thursday that Puerto Rico bore some of the blame for its current crisis following devastating storms that hit the island, and that there were limits to how long he would keep troops and federal emergency workers on the island to help.

Trump, who has been criticized for a slow and inefficient response to the hurricanes that ravaged the U.S. territory, sounded off in a series of early-morning tweets.  Angry about the criticism, he has sought to refocus blame to where he believes it belongs — the leadership of the island itself, which in his view mismanaged its affairs long before the winds blew apart its infrastructure.

Puerto Rico was already facing deep financial troubles before Hurricanes Irma and Maria swept across the island, knocking out many basic services. Nearly three weeks after Maria hit, 84 percent of the island remained without electricity, two-thirds of cellphone towers were down, only 392 miles of the 5,073 miles of roads were open and about 6,000 people were still in shelters.

Trump has alternately praised the federal response and expressed frustration that so much has been required.  Unlike after hurricanes struck Texas and Florida, he has complained that Puerto Rico was ruining the federal budget, and he mounted a caustic attack on the mayor of San Juan, the capital, when she complained that the island needed more help.