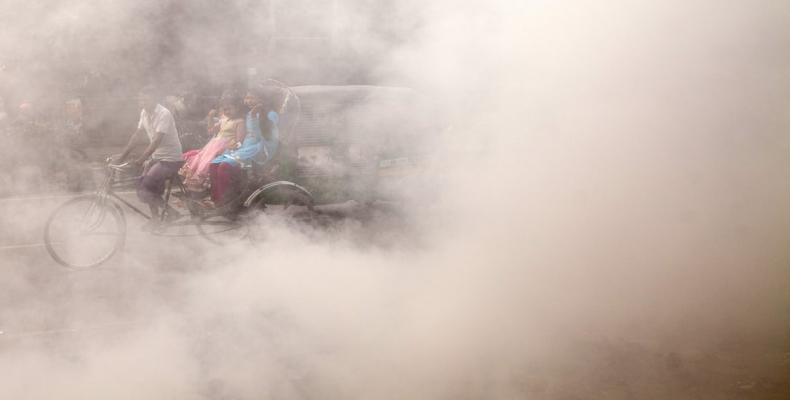 London, October 20 (RHC- Agencies)-- Pollution kills at least nine million people and costs trillions of dollars every year, according to a comprehensive report published on Friday by the British Journal “The Lancet”.

The study conducted by the journal’s Commission on Pollution and Health warns the crisis “threatens the continuing survival of human societies”.

Toxic air, water, soils and workplaces are responsible for the diseases that kill one in every six people around the world, the report found, and the true total could be millions higher because the impact of many pollutants are poorly understood.

The deaths attributed to pollution are three times higher than those from AIDS, malaria and tuberculosis combined, and almost 15 times as many as war and other forms of violence.

The vast majority of the pollution deaths occur in poorer nations and in some, such as India, Chad and Madagascar, pollution causes a quarter of all deaths.

The international researchers said this burden is a hugely expensive drag on developing economies.

The report says that the harm from pollution is not just measured in people's health and lives. It estimates the monetary cost in welfare losses at $4.6 trillion per year, or 6.2 percent of global economic output.

While developed countries are far from immune from the hazards, their form of pollution are more "modern," like fossil fuel combustion and chemicals, while developing countries have biomass fuels. The Lancet report identifies air pollution, mostly caused by the burning of various fuels, as the worst killer. Its dangers lie in respiratory and heart diseases including lung cancer, which can develop from long-term exposure.