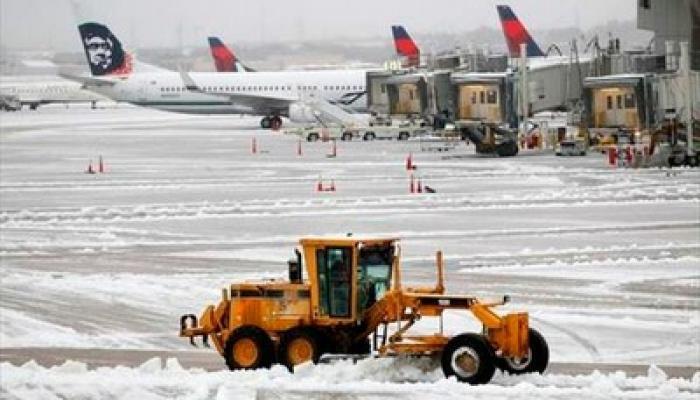 New York, February 14 (RHC)-- A heavy winter storm that slammed the U.S. southeast and made its way up to the north has left over a dozen people dead and knocked out electricity to hundreds of thousands of American homes.

The giant storm -- called “Snowmaggedon” -- has also caused massive traffic jams on roads. Meanwhile, air travelers are also confused as hundreds of flights have been cancelled. Most outbound flights from Newark, New Jersey, were canceled Thursday. And almost half of the inbound flights were also canceled, according to the flight-tracking website FlightAware.com.

More than 4,800 flights were canceled across the United States and weather experts say some U.S. cities can expect more than 30 centimeters of snow as the storm moved up the East Coast.

The storm and heavy snow also crippled road travel and knocked out power to nearly 400,000 homes and businesses in the region, where at least 13 people were killed because of the icy weather, according to reports from Reuters.