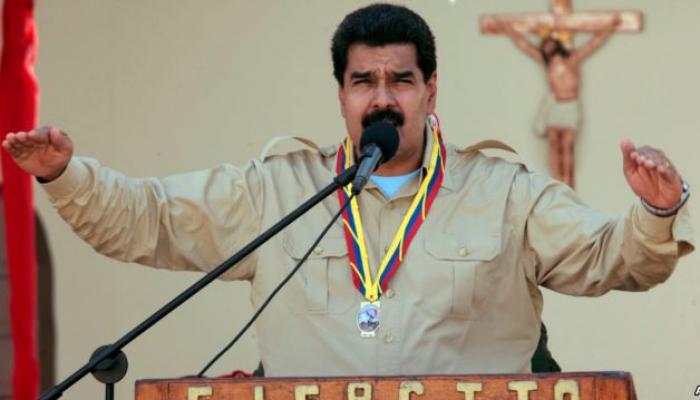 Caracas, October 9 (RHC)-- The president of Venezuela, Nicolas Maduro, late Tuesday asked the National Assembly to give him decree powers for a full year to fight corruption and the right wing's economic warfare, warning that graft was threatening the socialist revolution.

In his speech before parliament, Maduro said no one would be safe in a corruption crackdown, including members of the ruling Unified Socialist Party of Venezuela.

"We're going to fight capitalism even if it's dressed in the reddest of reds," he said, referring to his party's color. "We do it here and now or corruption is going to swallow the country."

The legislature has five days to debate the measure before bringing it to a vote.

Maduro also summoned the Venezuelan people to fight "tirelessly until we remove this evil from the root."

The head of state noted that Venezuela has decided to go on the offensive in this decisive battle. He called the people not to allow corruption and the corrupt .

Maduro said he would use the special legislative powers to formulate new legal mechanisms to combat corruption-related elements and stiffen penalties as he fights an "economic war," promoted by the right wing and the United States.