WHO Praises Bolivia’s Advances in Healthcare 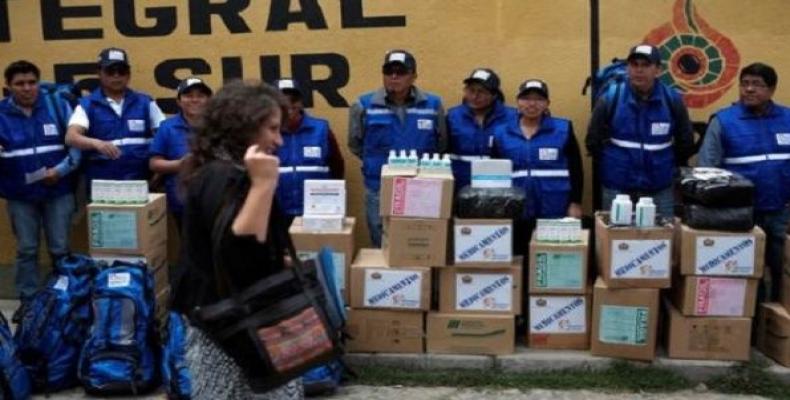 Geneva, October 26 (RHC)-- The World Health Organization, the WHO, has once again praised Bolivia and its achievements in the areas of medical care, social security, water and sanitation.  With representatives from the organization, alongside its affiliate, the Pan American Health Organization, PAHO, currently supporting projects in the country, both note the advances made under the presidency of Evo Morales.

According to WHO, Bolivia has seen a 20 percent improvement in health services, five times more than the region of Latin America, which has seen improvement of just 4 percent.  "These are achievements made thanks to the unity of the people," Evo Morales wrote on his official Twitter account.  According to data from the country’s Ministry of Health, the government has built more than 1004 health facilities in the last 11 years.

WHO and PAHO officials also praised the country’s "My Health” program, which was launched by President Evo Morales in 2013.  The program provides treatment free of charge to residents in some of Bolivia’s poorest communities.  The main beneficiaries are patients on low incomes who would otherwise not be able to pay to see a doctor and get prescription medication.

In August, on the 192nd anniversary of Bolivia's Independence, WHO had also praised the country’s health achievements.  Fernando Leanes, a WHO representative in Bolivia, had said the country has shown significant progress over the last decade, adding that what WHO had hoped for in many countries, Bolivia has managed to achieve.