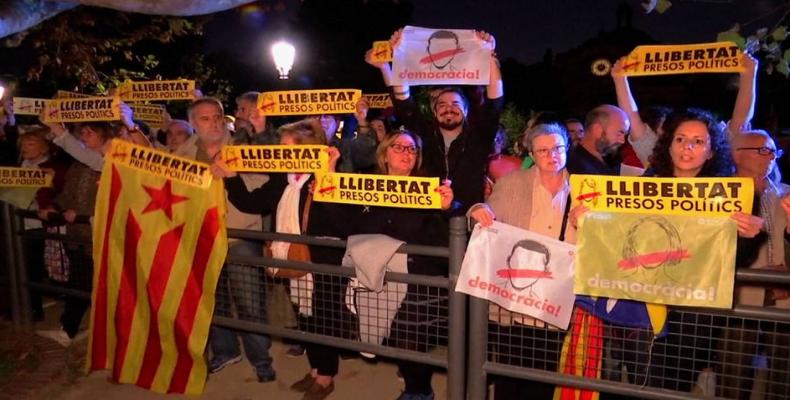 Meanwhile, Spain's State Prosecutor has requested a European arrest warrant for ousted Catalan leader Carles Puigdemont and four other former government officials who traveled to Brussels to seek legal council following Catalonia's independence declaration.  The official request was made directly to Belgium's high court judge and included charges of rebellion, sedition and embezzlement of public funds.  Belgium's federal prosecutor has stated that the law will be adhered to as soon as the arrest warrant is received.

The four other former officials listed in the arrest warrant include Meritxell Serret, Antoni Comin, Lluis Puig, and Clara Ponsati.  Puigdemont said that Spain is now bent on “vengeance” and he'll only return if he and his colleagues are guaranteed a fair trial.  Lawyers representing Puigdemont say the former Catalan president will testify via video stream from Brussels.

Junqueras arrived in Madrid to appear in court to testify on charges related to the region's bid for independence.  The first of 20 regional leaders scheduled to make their court appearance on Thursday, Junqueras entered the courtroom accompanied by lawyers and declined to answer press questions.

On October 27th, the Spanish government filed a complaint against the Catalonia government for what it called “very serious” crimes related to the region's independence referendum and the subsequent declaration of independence.  Although a majority of Catalans voted in favor of independence, Spain's Constitutional Court overruled the decision and Catalan officials were ordered to appear in court.