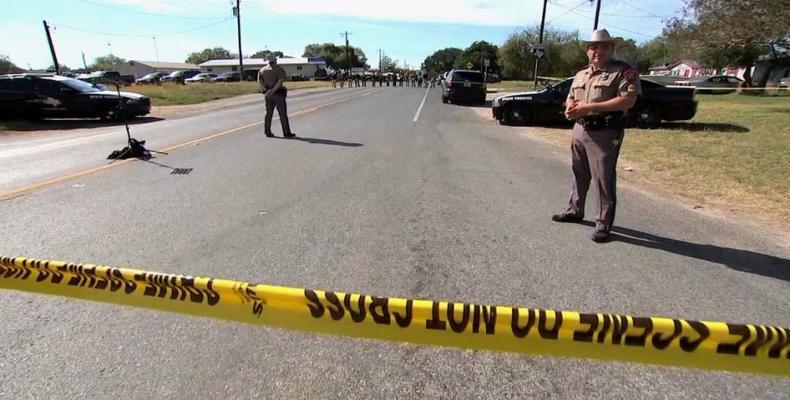 San Antonio, November 9 (RHC)-- In the U.S. state of Texas, new details have emerged revealing that Devin Patrick Kelley, the gunman accused of massacring 26 worshipers and injuring 20 others at a church in Sutherland Springs last Sunday, once escaped from a psychiatric hospital, threatened to kill his superiors in the U.S. Air Force.  Kelley also tried to smuggle firearms onto his military base.

Kelley’s attempted escape in 2012 came as he was being held for repeatedly assaulting his wife and fracturing his stepson’s skull.  Despite these behaviors, Kelley was never placed on a list that would have prohibited him from purchasing the AR-15 semi-automatic assault rifle he used to carry out Sunday’s massacre.

In related news, on Capitol Hill, President Trump’s nominee for a high-level Pentagon post called it “insane” that civilians can buy semi-automatic rifles for personal use.  Dr. Dean Winslow made the comment during his confirmation hearing Tuesday before the the Senate Armed Services Committee.  Dr. Winslow said: “But I’d also like to -- and I may get in trouble with other members of the committee -- just say, you know, how insane it is that in the United States of America a civilian can go out and buy a fully auto—well, a semi-automatic assault rifle like an AR-15, which apparently was the weapon that was used.”