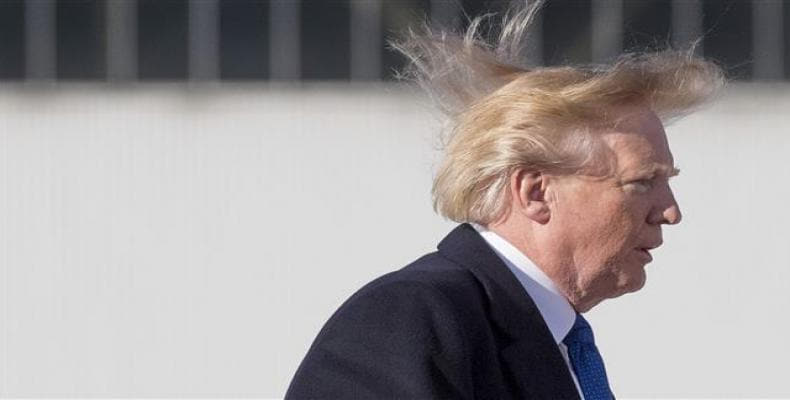 Washington, November 18 (RHC)-- U.S. President Donald Trump’s job approval rating has hit a new low again in November, declining for three consecutive months, according to a new poll.  The survey conducted by Harris Insights & Analytics for Harvard University found that 41 percent of Americans approve of the job Trump is doing, compared to 59 percent who disapprove.

That’s down from a 45 percent approval in September and the previous low of 42 percent, which Trump hit in October. Trump peaked in the survey at 49 percent approval in March.  According to the RealClearPolitics average of polls, Trump has a 38 percent job approval rating, a historic low for a first-term president at this point in the term.

The president’s approval rating is the lowest of any president at nine months in office dating back to Harry Truman’s presidency 71 years ago.  The Harris poll found that U.S. voters have a much worse view of Republican Party lawmakers in Congress.  The Republican's job approval rating is at 28 percent.

The Republican-held Congress has largely failed to achieve any significant legislative victories during Trump’s first 300 days in office.  The survey also found that a majority of voters, 58 percent, say the U.S. is on the wrong track, with 37 percent saying it is headed the wrong way and only 45 percent say it is on the right track.

Earlier this month, thousands of protesters marched in over 20 cities across the United States to denounce the policies of Trump and his administration.  The organizers of the protest, a group known as Refuse Fascism, has vowed to continue the protests “day and night” in nearly two dozen cities until their demand is met, which is the removal of Trump's “regime.”