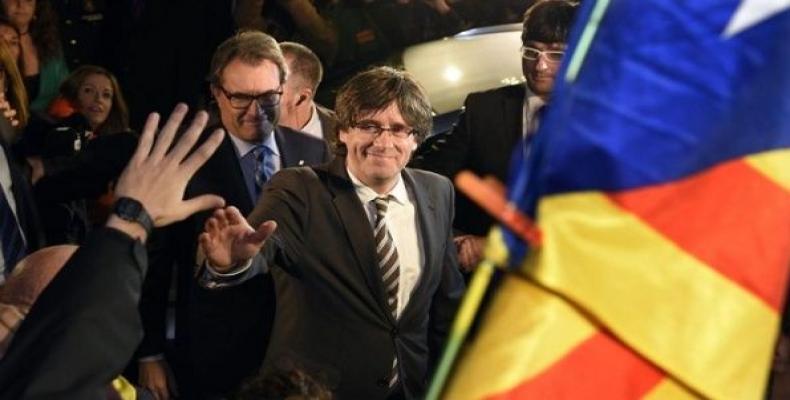 Madrid, November 25 (RHC)-- Spain's Supreme Court has decided to take charge of the cases of all deposed Catalan leaders, maintaining that they were interrelated in the bid for independence Madrid says is illegal.

The separatist leaders, who were axed by Prime Minister Mariano Rajoy on October 27th after the Catalan parliament declared unilateral independence, are charged with rebellion, sedition and accusations such as misappropriation of the public funds.

The Supreme Court stated that the leaders of the independence movement including separatists in the regional parliament, government and independence associations were connected in the rebellious move and needed to be tried by the same court. Until now, the Supreme Court has only been in charge of the investigation and trial of Catalan lawmakers taking part in the secession movement.

The legal action against deposed Catalan leader Carles Puigdemont, and his 13 former ministers, was previously led by Spain's lower-level National Court. The cases against the heads of two Catalan pro-independence associations had also been pursued at the National Court.

Arrest warrants have been issued for Puigdemont and four former Catalan regional government ministers but they remained in Belgium to escape incarceration. The charges brought against Puigdemont and his former ministers are severe and could see them jailed for up to 30 years.